Registrations for the 75th Jubilee celebrations at Awarua Radio ZLB

A special amateur radio callsign, ZL4ZLB, was used in 1988 to mark the ZLB anniversary, and a special QSL card, shown below, was produced. 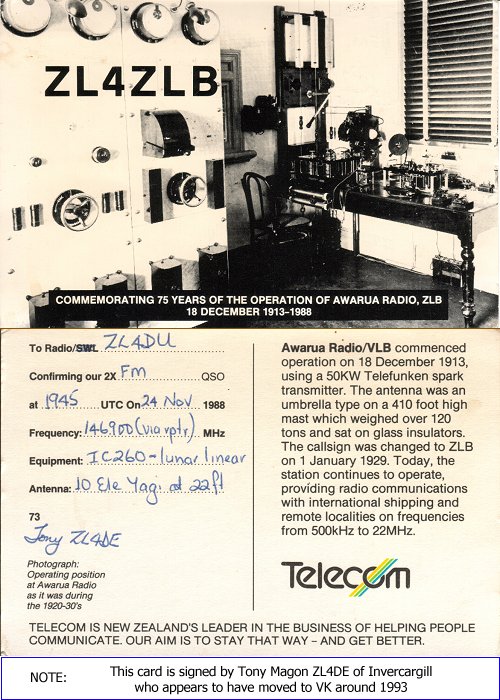