Phillippa (Pip) Were (nee Reynolds) joined the ro-ro freighter Coastal Trader in 1974, the year after the ship was purchased by the New Zealand Shipping Corporation. Pip was the second woman to work as a ship’s radio officer in New Zealand, and you can read her story here.) 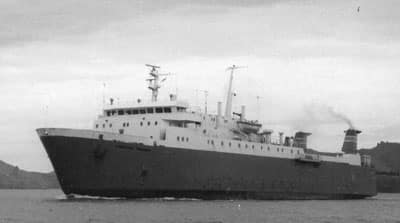