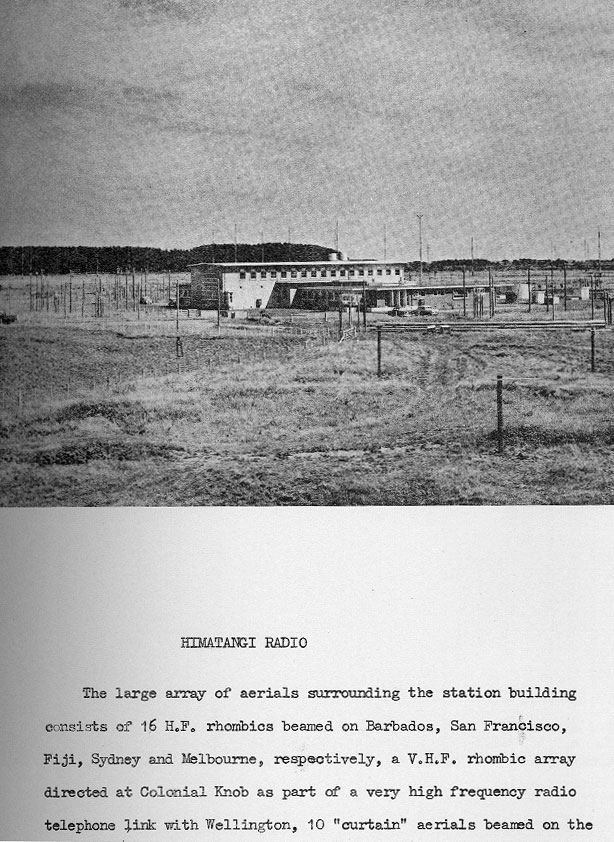 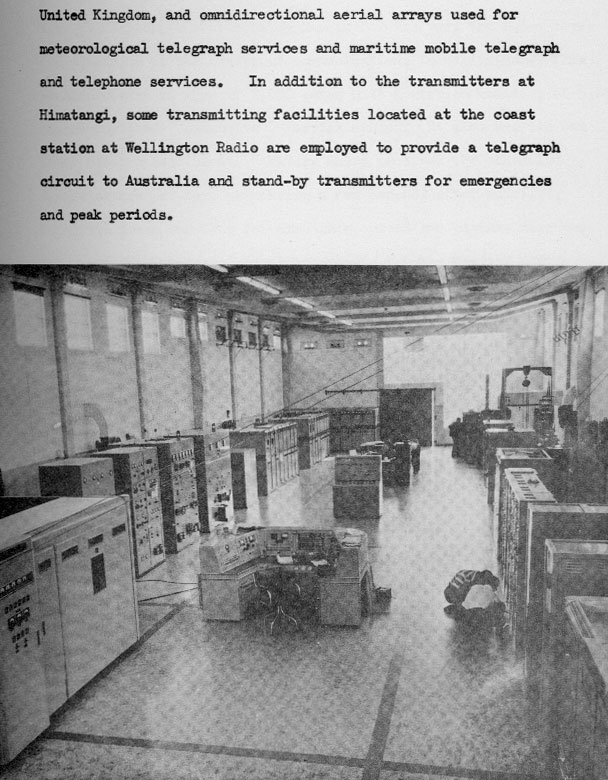 In the photograph above, a floor-standing rack has been added to the right of the console. Barely visible at desk height in this rack is a Racal RA-17 receiver.

“At that time of the above photo the drive room was being constructed. Once complete the Racal was installed in the drive room. The Racal was not a lot of use at Himatangi because of the huge amount of local interference but I guess it was there for propagation reasons. Radio Hauraki was listened to for the pop music mainly by us young guys on shift.”
– Chester Clark

“The shielded Drive Room was added alongside the Transmitting Hall prior to my arrival in 1968. At that stage the Racal receiver was relocated to where I remember it. Memories of Radio Hauraki are vague but I think it came and went as the layers moved around – certainly only at night. Management was the other reception impactor.”
– Jon Asmus

1968: On 10 April the Wahine storm damages the roof of the transmitter hall at Himatangi Radio.