Tarihiko was a gas tanker built for Liquigas New Zealand in 1984. She sailed on the New Zealand coast until 1999 when she was sold to foreign interests.

In 1986, Tarihiko was the first ship to reach the sinking cruise liner Mikhail Lermontov. Tarihiko’s captain, John Reedman, decided to ignore the cancellation of the Lermontov “Mayday” and it was fortunate that he did so, as he was able to rescue 356 people from the doomed liner (other ships picked up other survivors). 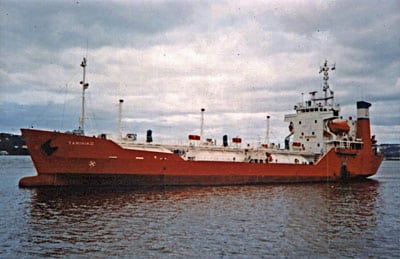