The New Zealand Shipping Company’s passenger/cargo liner Rangitane was commissioned shortly after World War 2, and replaced a slightly smaller ship of the same name which had been sunk early in the war by German raiders in the South Pacific. 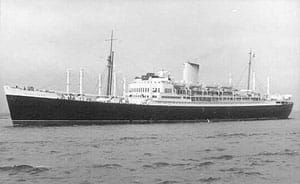