What a great Straight Key Night!

We had 26 stations participating, which is by far the biggest turnout in recent years.

We also successfully adopted the QSY Rule. I confess to being nervous about introducing such a big change, and a bit worried that I might forget to follow it myself, but everybody seemed to take it in stride. Several ops have made positive comments about it, and there have been no negative comments, so the QSY Rule will be part of SKN from now on. Thanks for giving it a go!

There is a short survey asking your opinion on some possible changes to SKN, particularly the date/time for Summer SKN, so after you’ve browsed the latest results, please take a couple of minutes to answer the survey questions. The link to the survey is at the bottom of the page.

Highlights of the event:

Congratulations to everyone who got on the air for SKN and, in particular, to the top scoring operators. In the list below, the first number on each line is completed contacts (score) for each station.

Certificates will be emailed in the next week or so. 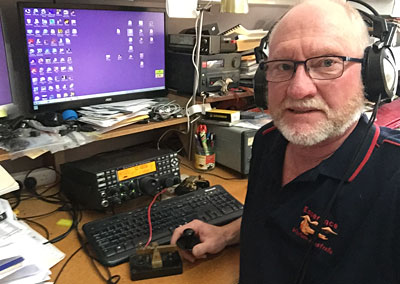 VK5LJ
“Thanks for running the contest Neil. I saw it advertised on our WIA news broadcast so I thought I would give it a try. Great fun, good concept and pretty good conditions on 80m.”
– Lawrie 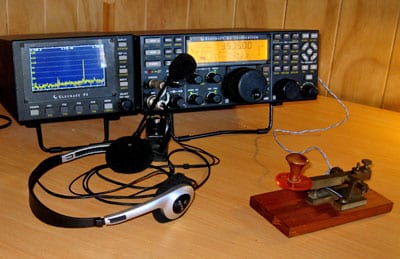 ZL1AJY
“SKN great fun! Had to put some CRC on the old key here to get it working again but made the grade on the night.”
– Paul

ZL1AYN
“My rig’s power supply started to cut out and I just couldn’t hold a QSO so decided to abandon the contest rather than spoil it for others. Please accept my apologies. I am disappointed because the condx seem to be quite good.”
– Bob 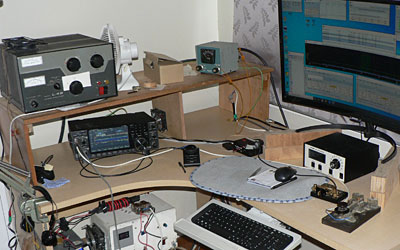 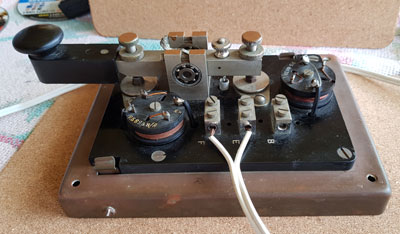 ZL1BWG
“Conditions were good. Enjoyable. The name plate on my Marconi 365B key is missing and the only way we could ID it was on the net, when I got it about eight years ago. I paid the princely sum of $5 at the junk sale for it, and it’s worth every penny. Bruce ZL1WB (SK) was very pleased at the time, as he knew I was a straight key op.”
– Bruce 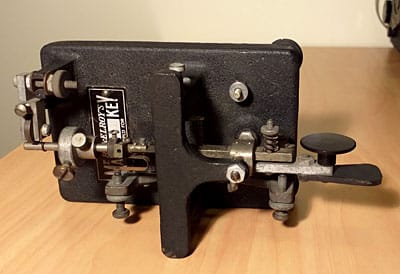 ZL1NZ
“I used a 1936 Mac-Key, which is actually a bug that can be turned on its side to work as a straight key. There is a clip on the damper to immobilise the pendulum, which you can see in this photo. Mac-Keys were produced by Ted McElroy, world champion telegraphist, an amazing operator who was also quite a showman and entrepreneur.”
– Neil 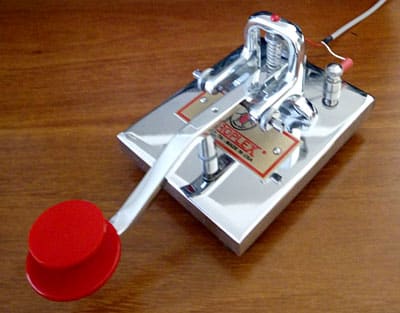 ZL2APV
“Thanks to the organisers for a very enjoyable evening. Band was very quiet for here right down to S5-6. I got a leave pass from the family to do the SKN as it was my 78th birthday and I was allowed to skive off for an hour.”
– Graeme 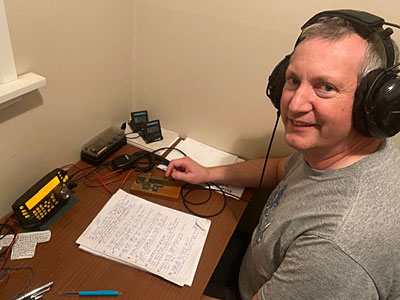 ZL2ARC
“Didn’t expect to hear so many people. Thumbs up to that. Was impressed with the well-sent CW from the stations I copied. Quite liked the QSY rule. I didn’t have to call CQ for long before a reply! Long live CW.”
– Alastair

“Good fun, despite some mental blanks on my part, and having to copy through someone tuning up on top of me towards the end of the hour. The ITT keys were made for shipboard use, and have the interesting feature that there is no pivot. The moving bar is held on a kinked leaf-spring, which allows it to move up and down but not sideways or fore-and-aft, and cannot wear out or get stiff from corrosion in a salt atmosphere, and never needs lubricating. The tension can be adjusted by a small grub-screw, and the gap by the black knob protruding through the top of the case. So all the operators using the key were expected to be happy with a fixed tension, but could readily adjust the gap to their personal preference whenever they came on shift, no tools being needed.”
– Mike

ZL2AVM
“Amazing how at 8pm signals from all over start rising up out of the noise! Particularly happy at the performance of my (lock down) 2.6m diameter loop. SKN was its first real test. Nice to not have to do the usual performance of trying to fit the dipole on this relatively small section. The loop used for SKN is in the foreground of the photo, Heliax LDF5 (25mm). It is in temporary position with G clamps. Rushed up for the evening! Only about 700mm spacing between loops! The other loop has been in use since last year and is tuned to 40 meters. This one is LDF4 (13mm) & fed via torroidal transformer at bottom. The 80m tuned one fed by Faraday loop at top. Both loops less than 1.5:1 swr. Both are 2.6m dia but the 40m one will be more efficient at fifth wavelength circumference. The S/N ratio improvement from these magnetic loops is their outstanding virtue – and space saving of course! The QSY rule seemed to work reasonably well – If anyone forgot to QSY it would have been me! Thanks once again for so meticulously organising this event, which I was thankful to be a part of.”
– Bob 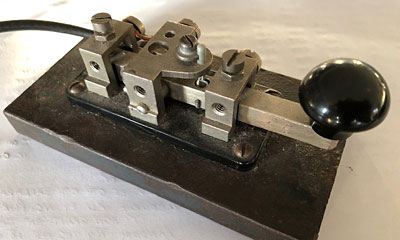 “Good condx on 80m and I liked the QSY rule – everyone seemed to sort it out without fuss which was great. Antenna was 80m Inverted Vee up about 10m with long extension coaxial cable added so I could operate from inside the house this year!”
– Grant
You may remember Grant’s famous Break-In cover photo, wearing mitts in his unheated shack during SKN a year ago!

ZL2GVA
“Plenty of QRM, as almost everyone has these days. Also some RF in the shack, need to sort that out! Otherwise enjoyed the event very much.”
– Gerard

ZL2LDX
“Thanks to the operators that operated QRS – much appreciated.”
– Don 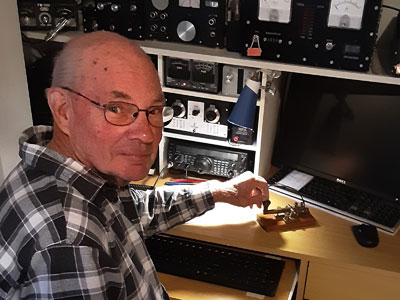 ZL2LN
“Enjoyed the QSY format. My shack is set up in half of a wardrobe in the spare bedroom. If I pull the sliding door across nobody would know it was there.”
– Barry 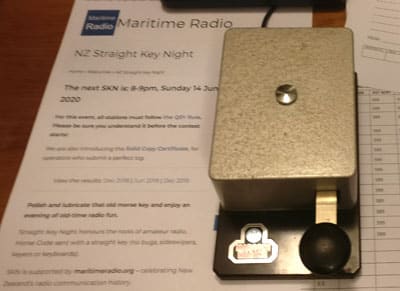 ZL3BN
“First time. Thanks for the fun.”
Bruce

ZL3VZ
“Conditions seemed quite good and was surprised but pleased to hear VK5LJ in there. Don’t think I got everything right, or worked all available stations, but it is fun for all that.”
– Bill

What do you think?

Please take a few minutes to complete this survey about SKN, which includes questions about possible changes to the SKN dates and format. The survey is anonymous, but if you’d like to leave your name or callsign, you can do so in the final question.

(Due to scheduled site maintenance at surveymonkey.com, the survey will not be available from 3am to approximately 3pm on 4 July.)

Hear results being announced on the NZ Net, 1 July 2020