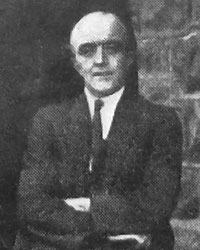 James Henry Hampton was assistant wireless operator when the Chatham Islands wireless station opened in 1913. He wrote about the islands in a 1913 letter to the Ellesmere Guardian.

JH Hampton served as Master of the Masonic Lodge – Karori 247 in Wellington. 3

One of the returned men who got to Wellington last night is Mr James Henry Hampton. He was serving at the Awarua wireless station when volunteers were asked for from the wireless staffs, and he at once offered and was accepted. After strenuous service in the East he got prostrated by a heat stroke in Mesopotamia. He is joining his relatives at Southbridge, Canterbury.