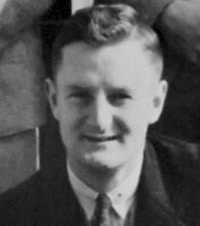 Memories of working with Frank Barlow

My introduction to it (Morse Code) started back in 1959 during my days as a Post Office telegram delivery boy working after school and during the school holidays delivering telegrams around the business houses and streets of Whakatane.

How fortunate was I to have for my instructor/mentor, the late Frank Barlow ZL2NB. Frank, as many long time hams will remember was a career telegraphist with the NZPO who a few years ago wrote a number of articles for Break-In on the history of the NZ Post Office’s coastal station, Awarua Radio (ZLB) down in Invercargill.

Back in those days, the Whakatane Post Office telegram section had recently migrated to teleprinter operations and telegrams received in Whakatane from the Auckland CPO were printed on sticky thin tape which then passed over a damp felt that sat in a water trough. Once wet the tape message was then cut into lengths and stuck on the old yellow telegram form.

However a number of smaller outlying district post offices still used the sounder Morse for communication, such places as Opotiki, Taneatua, Edgecome and Matata, to name but a few.

Frank was such a ‘wizzo’ with his Morse he could read the silently moving needle of the galvanometer monitoring the landline current between those stations as it swung backwards and forwards to the movement of the dots and dashes.

Frank was 85 when he died on the 28th Jan 2005 in Wellington. A few days later I attended his funeral where at the end of a very moving service one of his old teleg mates got up and when over to a Morse key that was connected to the land-line sounder and sent a final transmission to Frank to close down (become a ‘silent-key’).

A wonderful send-off for a man who cared for us younger guys and took time to discuss the intricacies of electronics that led many us into a world of a new science and a career beyond all expectation.