Translation of secret cypher telegram, dated 6th August, from the Secretary of State for the Colonies to the Governor of New Zealand.

My telegram of August 4th. His Majesty’s Government would be glad if your Ministers would send force specified to this country as soon as possible.   SECRET.   If your ministers at the same time desire and feel themselves able to seize German Wireless Station at Samoa we should feel that this is a great and urgent Imperial service. You will however realize that any territory now occupied must be at the disposal of the Imperial Government for purposes of an ultimate settlement at the conclusion of the war. Other Dominions are acting in a similar way on the same understanding and in particular Commonwealth is being consulted as to wireless stations at Yap Marshall Islands Nauru Pleasant Island and New Guinea. 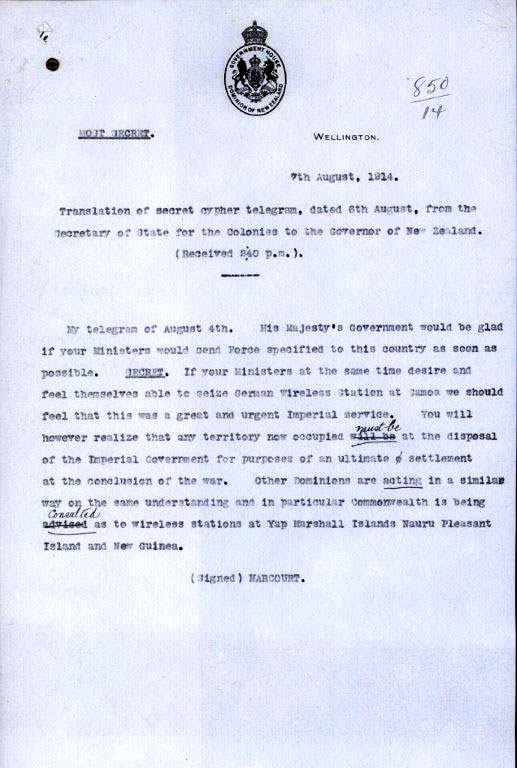