Himatangi Radio ZLZ (channels below 10 MHz) or ZLX (10 MHz and above) was located near Foxton, 120km north of Wellington. The station officially opened on 9 November 1953 and closed on 30 September 1993. 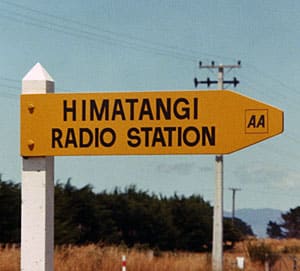 Himatangi Radio through the years