Managers of New Zealand Post Office radio stations were in the early days referred to as Officers in Charge, then later as Superintendents, and finally as Managers.

Thank you to Stephanie Day for assistance with preparing this list. 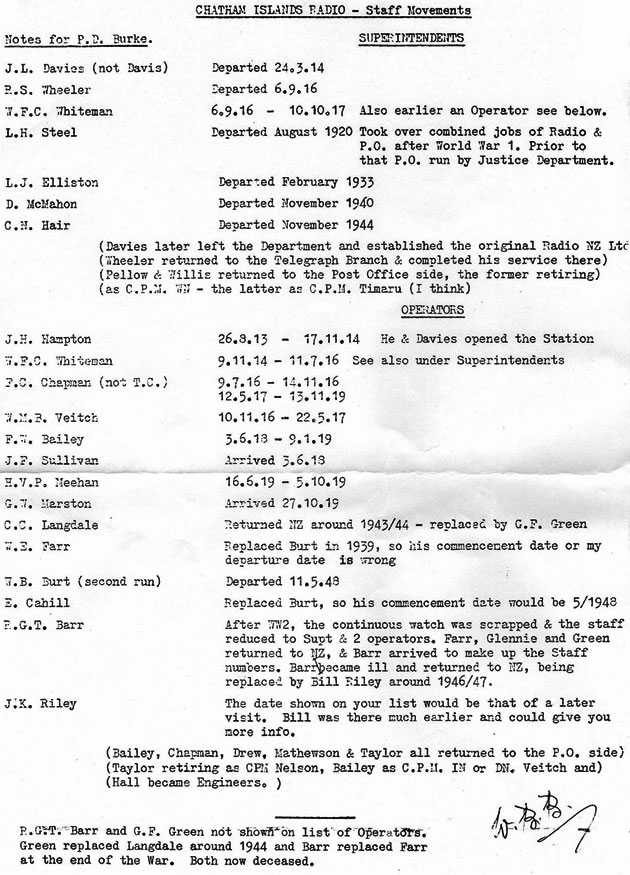 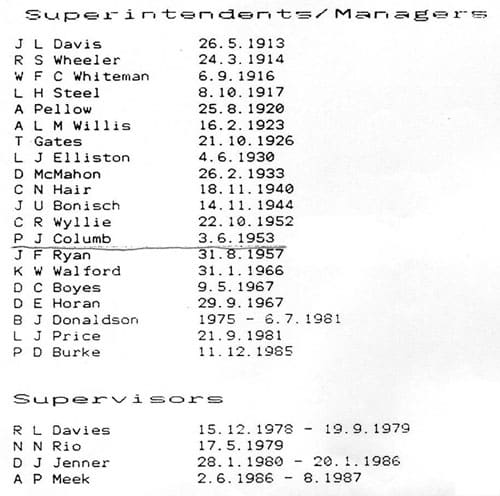 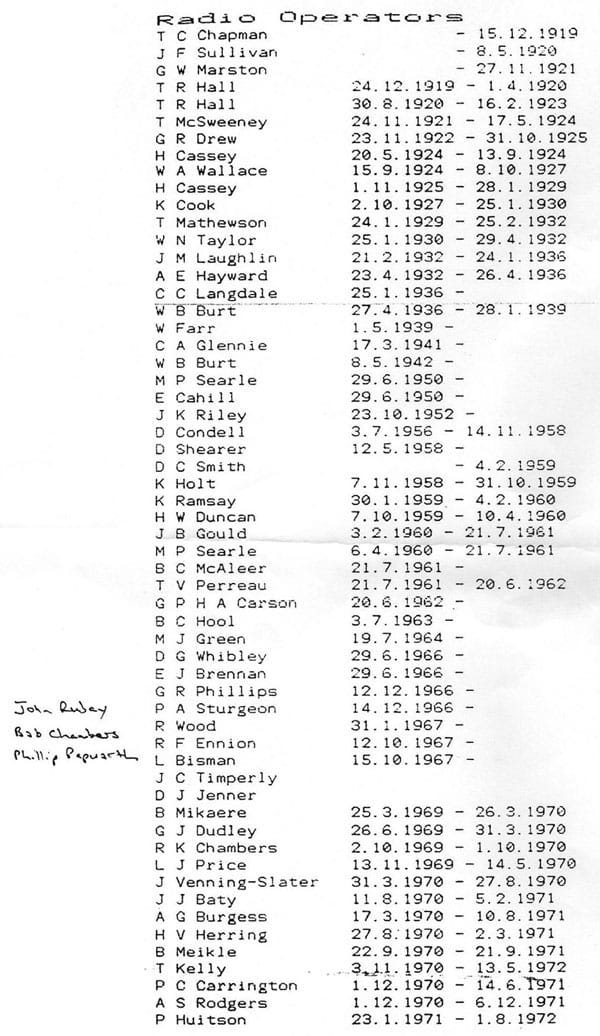 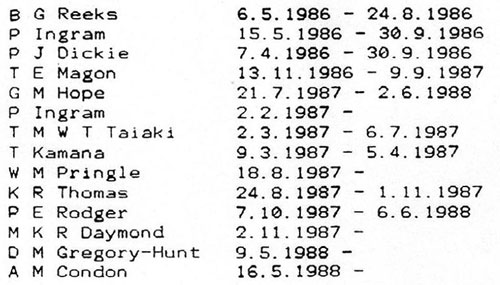 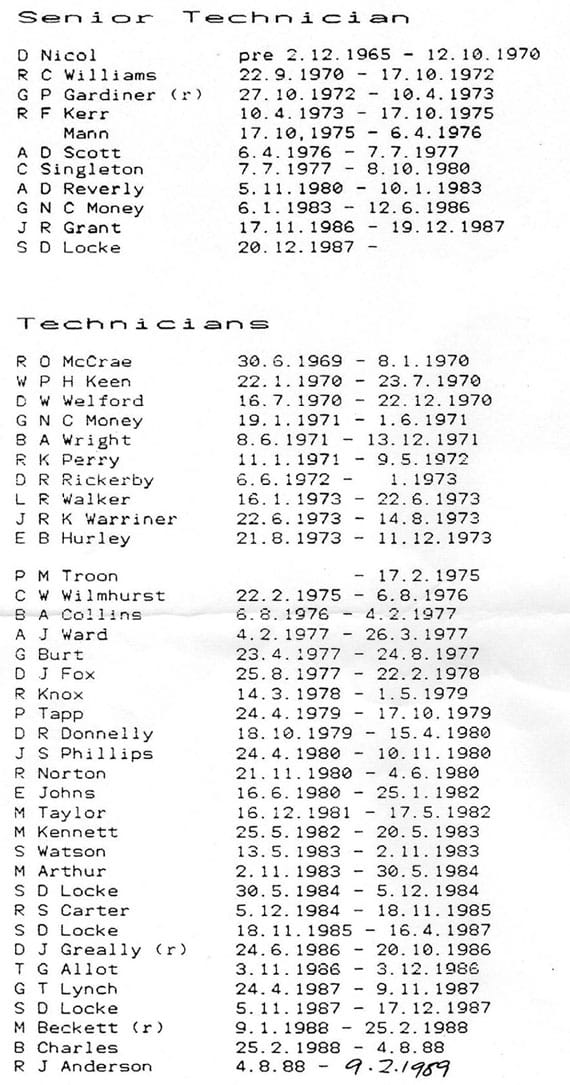 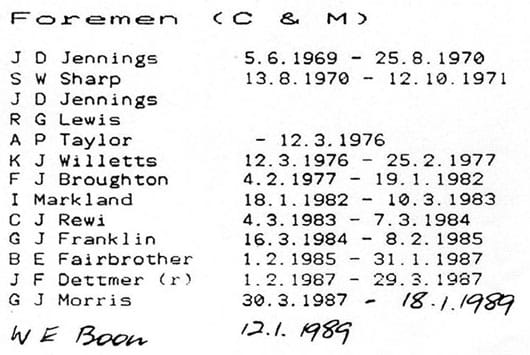 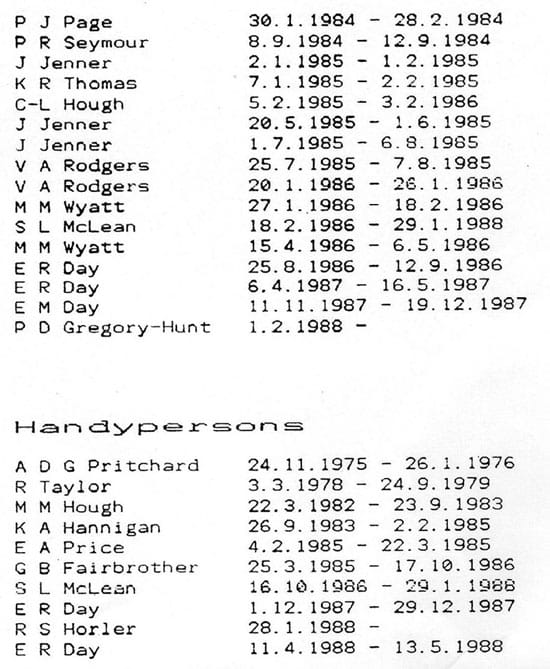 I’m pretty sure Ken Wyatt was appointed a supervisor after AP Meek left.

M James refers to MJ Haurua. When he joined the PO the recruiting guy said Haurua was difficult to pronounce so suggested he use his second name, James, as his surname.

R Clyde Williams
“I arrived by flying boat on 15 December 1956. The following day Prince Phillip aboard the Royal Yacht Britannia arrived at the Chathams Islands. He only stayed one day and I stayed 513 days.”