The spark transmitter was dismantled and replaced by a valve transmitter on 500 kc/s. [However, a newspaper report suggests this did not happen until 1934 or early 1935.] Trans-Tasman radio service from Wellington was first tested – Awarua monitored this circuit. Awarua assisted the Ross Sea whaling fleet with traffic to Bergen Radio Norway.

Halfmoon Bay – ZLO opened for communication with Awarua on 500 kc/s. 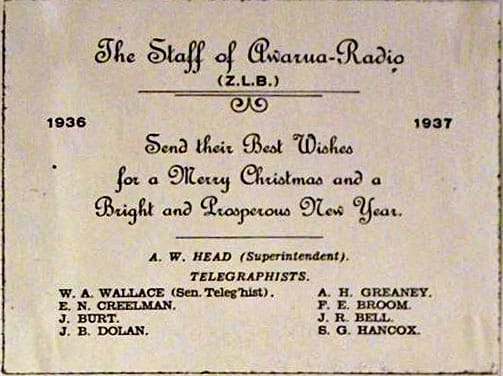 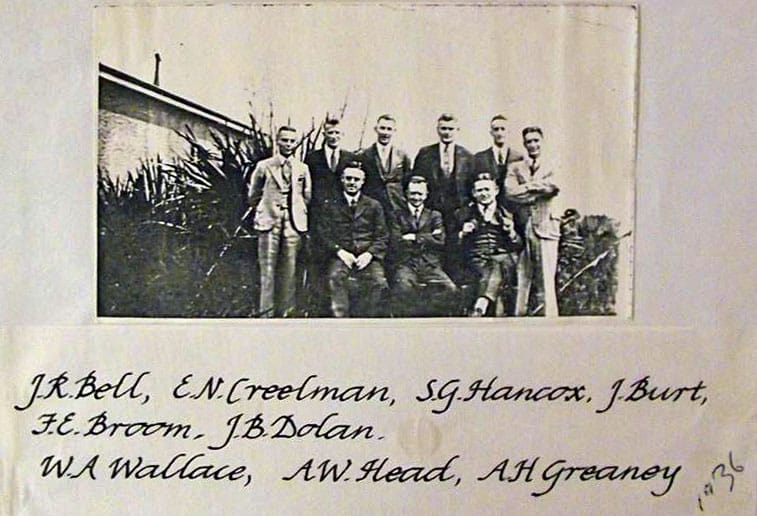 Communication made with Jackson’s Bay (Southland West Coast) and the SLT service was introduced.

The 394 ft steel mast was felled on 24 March (three years later it was replaced by three 150 ft steel towers). Charles Rillstone, who first worked at Awarua Radio ZLB in 1916, was the engineer in charge of dropping the tower.

Prior to its demise the mast was climbed in 1937 or 1938 by Winnie Hancock (nee Campbell), Station Housekeeper and perhaps the only female to do so. Radio operator Pat Columb is also said to have have climbed the tower for a bet of £50.

Empire Broadcast Service monitoring ceased. A house for the Awarua Superintendent was completed and the first occupant was AW (Hec) Head.

A meteorological balloon service was introduced for wind observations, and the first observer was JJ Hughes.