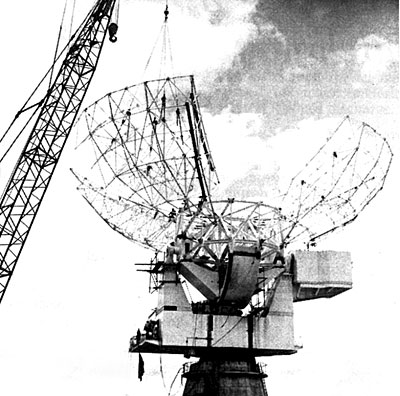 Greater connectivity with the rest of the world became a priority with greater bandwidth required to meet the growing demand for both new and existing services.

In the 1970s the best way to achieve this was by the use of satellites and New Zealand needed a Satellite Earth Station (SES).

A natural bowl near Warkworth was chosen as the best site.

Site development for this station started in 1969 after months of planning.

The station was commissioned in 1971.

During the 1980s additional small Earth Stations were built near Wellington and Christchurch.

This was met by the provision of single line radio telephones known as Country Sets. Initially, STC sets were used. but later the transistorised sets made by AWA NZ Ltd were most commonly used and proved very reliable.

Normally these installations comprised one end installed at a local telephone exchange and the other end in a farm or other building, depending on the customer. For reliability, the remote unit was usually powered by a battery charged by photovoltaic solar modules.

Unusual installations were at Lake Coleridge, where a special station holding (from memory) around 30 exchange end units supplied service to ski fields and high-country stations. This station was connected by cable to the nearest telephone exchange.

Another interesting installation was the provision of telephone service to the Wahine wreck recovery ship Holmpark, located near the entrance to Wellington Harbour.

A little story about this installation.

I was involved in microwave site testing at the time and in the days before cell phones, communications from the field back home to the family or the office meant finding a public phone box. These were rare, even in those days, especially on the sides of mountains in the typically remote locations where we worked. After much negotiation I managed to acquire a pair of AWA Country Sets for use while on site-testing missions. They had been damaged and written off. I had just finished restoring them to full working condition when the urgent need for a pair of country sets for the recovery of Wahine came up. AWA couldn’t provide any at short notice and considerable pressure was being put on the NZPO to provide service – there was even talk of running cable out to the ship. I was keeping “my” country sets very quiet but someone high up had seen me working on them and remembered. Guess what happened to them?

With the growth of ski resort villages, such as Castle Hill in the South Island, and tourist and holiday homes in places like the Marlborough Sounds, something capable of providing more circuits in rural areas was required.

A new technology known as Multi-Access Radio met the requirement and was cost effective.

In the Christchurch region, where these photos were taken, various sized small Portacom type huts were used to house the radio equipment. To speed installation, as much prefabrication as possible was undertaken at the Christchurch Radio Depot. 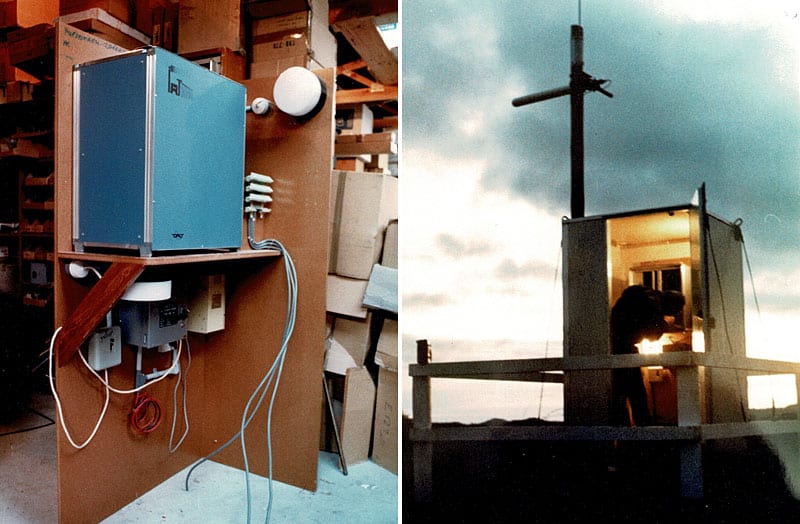 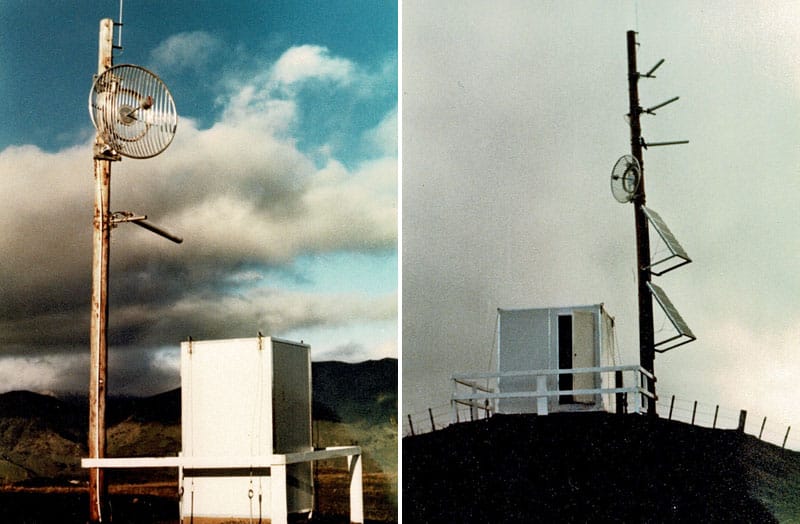 All photos courtesy Chris Underwood (except where noted).