I am directed to submit the following names for appointment to honorary commissions as desired in your letter of 8th August.

The two last named have been detailed to accompany the Expeditionary Force, Davies as Assistant Engineer and Spry as Engineer. 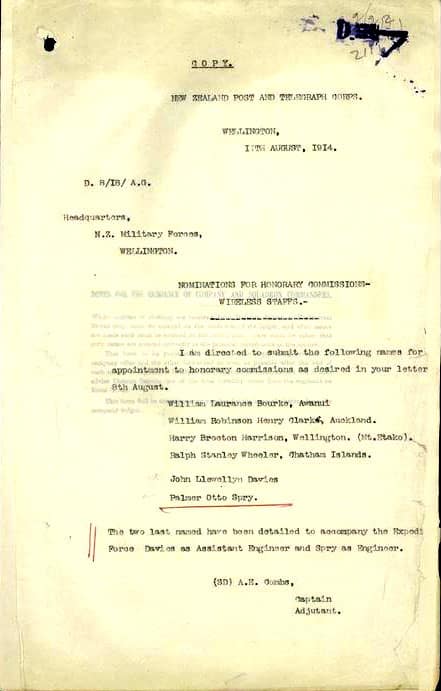