On 13 January 1912, the German wireless company Gesellschaft für drahtlose Telegraphie m.b.H. (Telefunken) wrote to Mr J Buckley,1 of the Government of New Zealand, advising that components for the new wireless stations at Awanui and Awarua were being shipped. Other topics covered in the letter included the performance of stations built by Telefunken rival Marconi, and prices for mobile radio stations built on horse-drawn carts (see photos below). 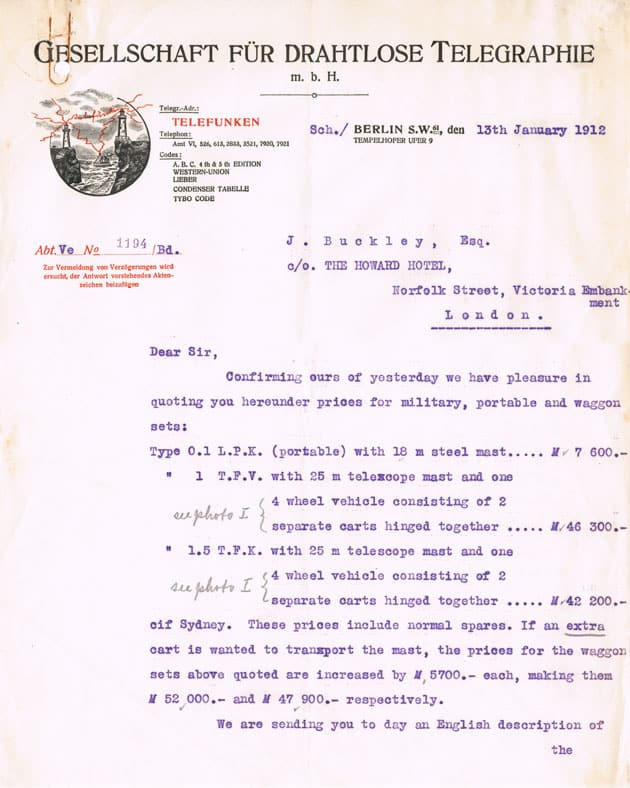 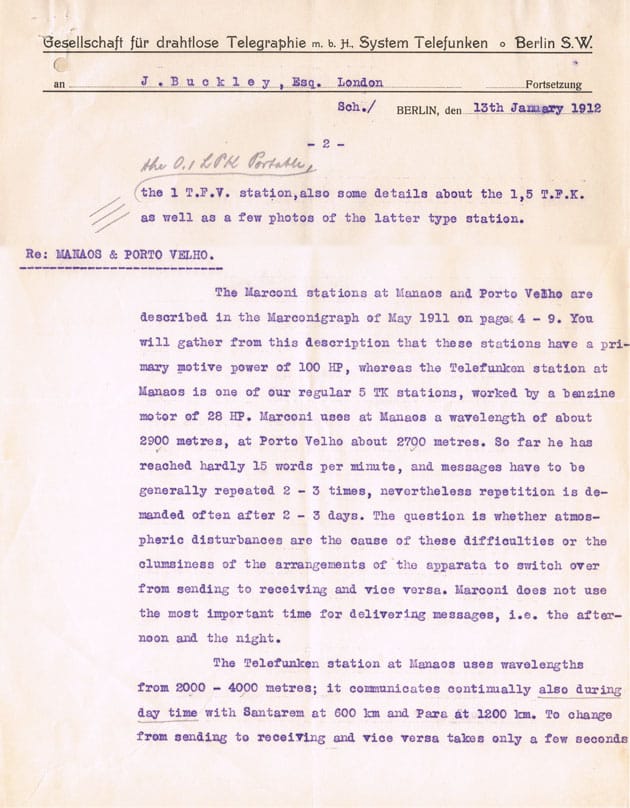 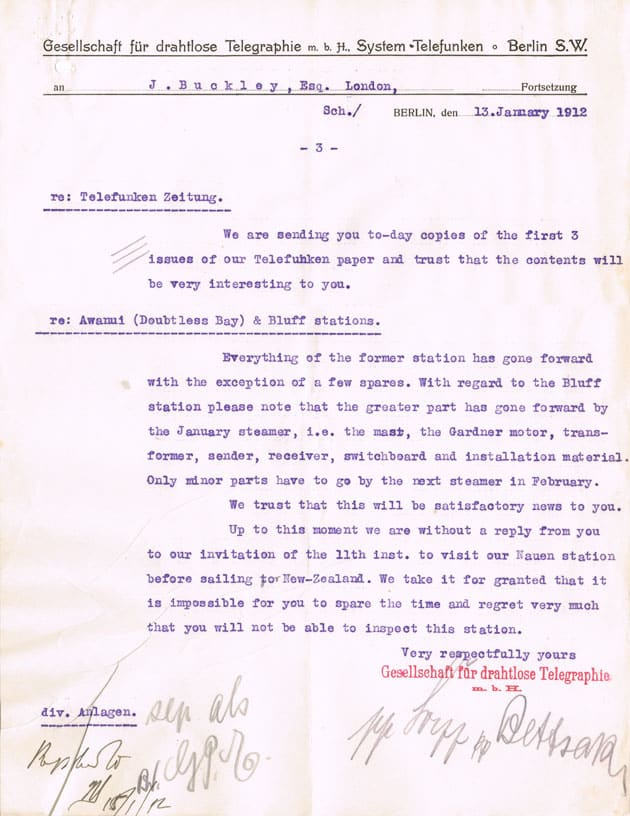 The following photos of “Wagon Stations” accompanied the above letter:

1. A letter the previous day from Telefunken was addressed to Mr G (not J) Buckley, although this appears to be the same person.